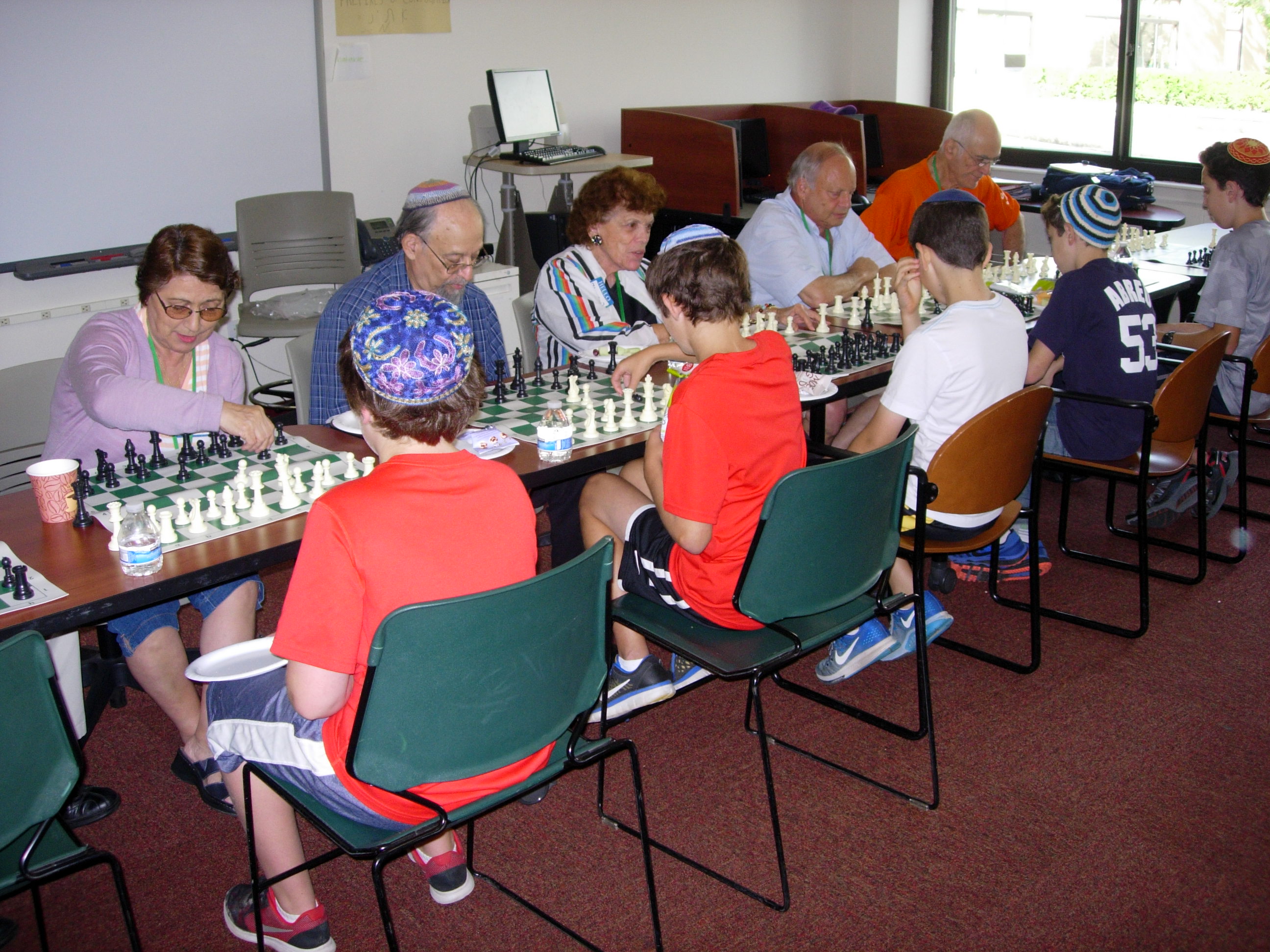 DOROT’s Intergenerational After School Chess program is all about strengthening skills while making a friend across the chessboard!

Our model fosters a setting where wisdom and curiosity meet face-to-face, building mutually beneficial relationships in the process. Once a week during the academic year, seniors and students in grades 9-12 teach and learn chess from one another. The program enables all participants to play chess, share stories and create meaningful connections.

This special program got its start when Zachary Targoff, then 13 years old, decided to create a Bar Mitzvah community service project with DOROT. Zachary was matched by DOROT with Herman Bomze z"l, and they played chess every week in Herman’s apartment. At his Bar Mitzvah, Zachary was presented with a gift by Herman’s daughter, Bracha – her father’s wooden chess set that Herman inherited from his father and brought from Vienna in 1929. In honor of the bond that Zachary and Herman enjoyed over the years, Zachary and his parents, Josh and Kim Targoff, established DOROT’s on-site Intergenerational Chess program. It has become an impactful addition to our intergenerational programming.

Read about Zachary and Herman in the Wall Street Journal

Watch a video about Zachary and Herman: